As I mentioned before in part 1, my want for these gauges started after installing my oil cooler, and second-guessing my ability. Obviously the Defi gauges have their associated probes/sensors. Instead of the individual gauges, these probes all plug into the back of the Defi control unit. The oil temperature and water temperature gauges use what seem to be identical thermistor probes (I did an experiment to test both consistency and accuracy of the probes, which I will post later). 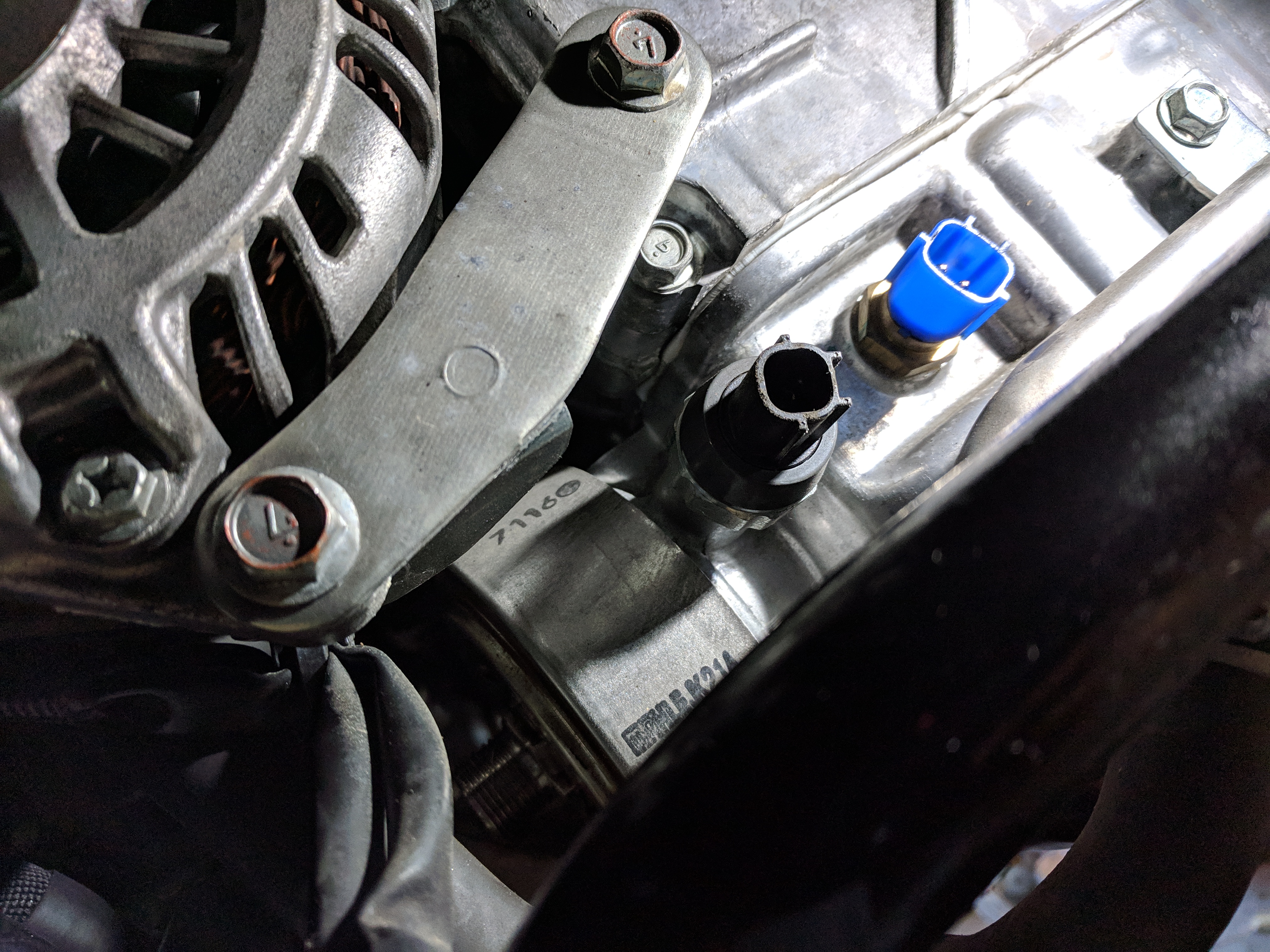 Given those requirements, this is how I chose to install my sensors:

As I said, I wanted to retain the OEM oil pressure switch while adding the Defi oil pressure sensor. I decided to buy a tee fitting and mount the two sensors to that. Because oil pressure will basically be the same throughout the entire tee fitting, there is no problem with these sensors not being in the active oil stream. Here is a shot of the OEM and Defi oil pressure sensors. I don’t like to use thread tape on these parts, so I used some plumber’s pipe dope. It’s non-hardening and rated in liquid applications to temperatures and pressures that I will never see in a vehicle. You can see this if you look carefully at the tee fitting. 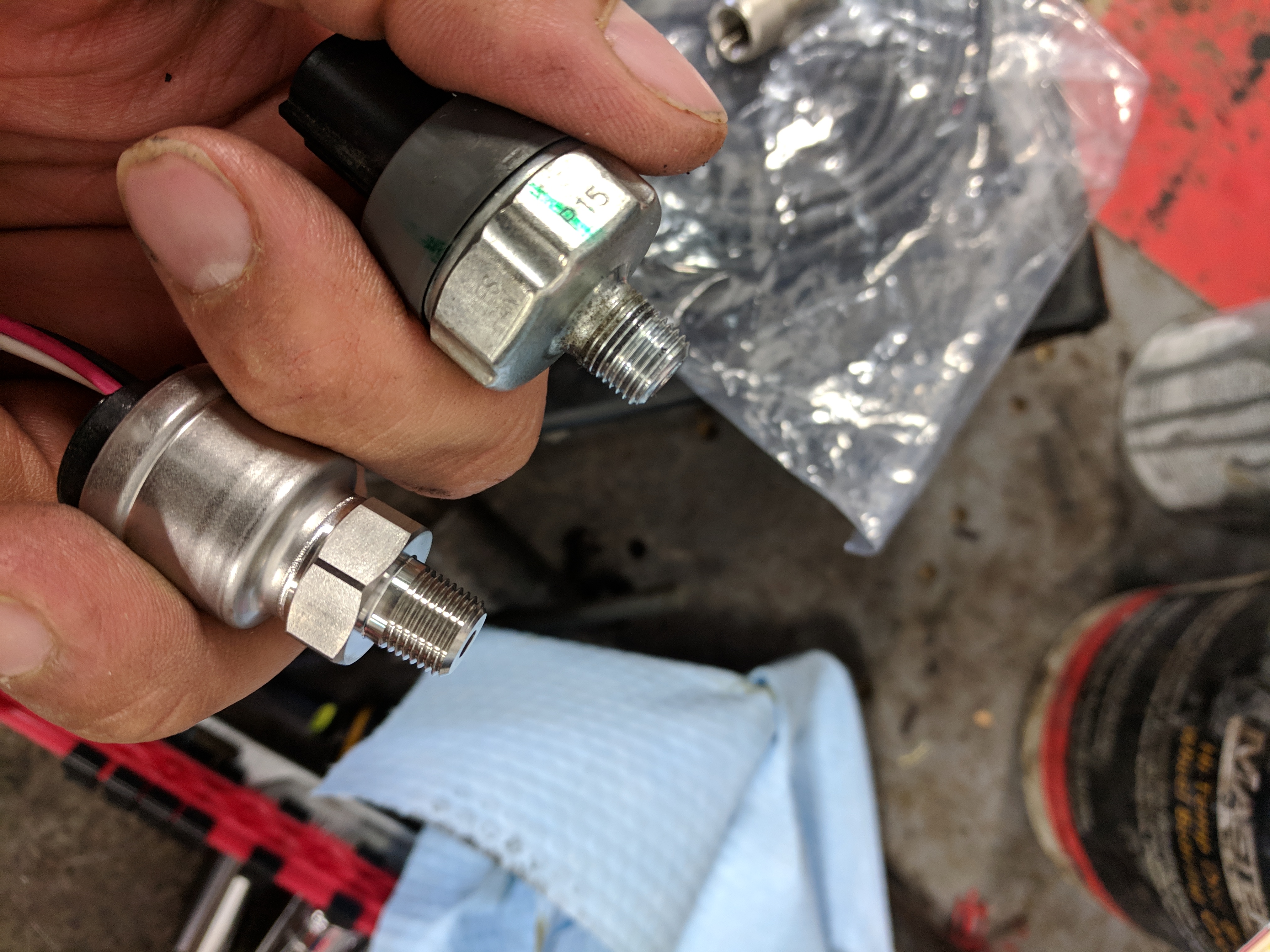 It’s technically a tee fitting AND an extension, which I needed for the OEM oil pressure sensor to clear for mounting. I wasn’t worried about the length of the extension, even though the perspective on some of the pics makes it look like it’s a mile long. My main concern was the weight of the OEM oil pressure switch causing the arm of the extension to clock around and come unscrewed. I checked many times after driving around, and it never budged. 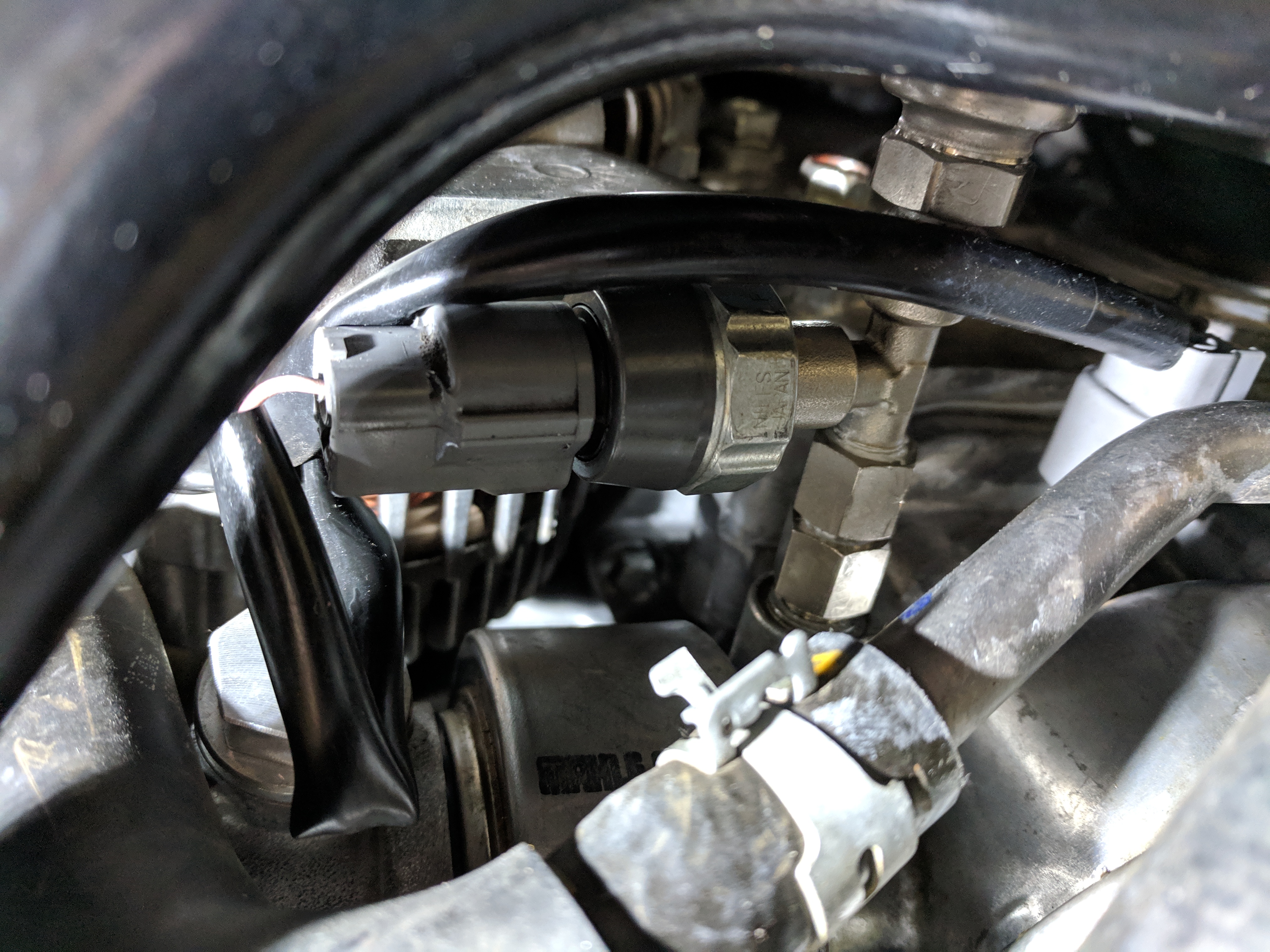 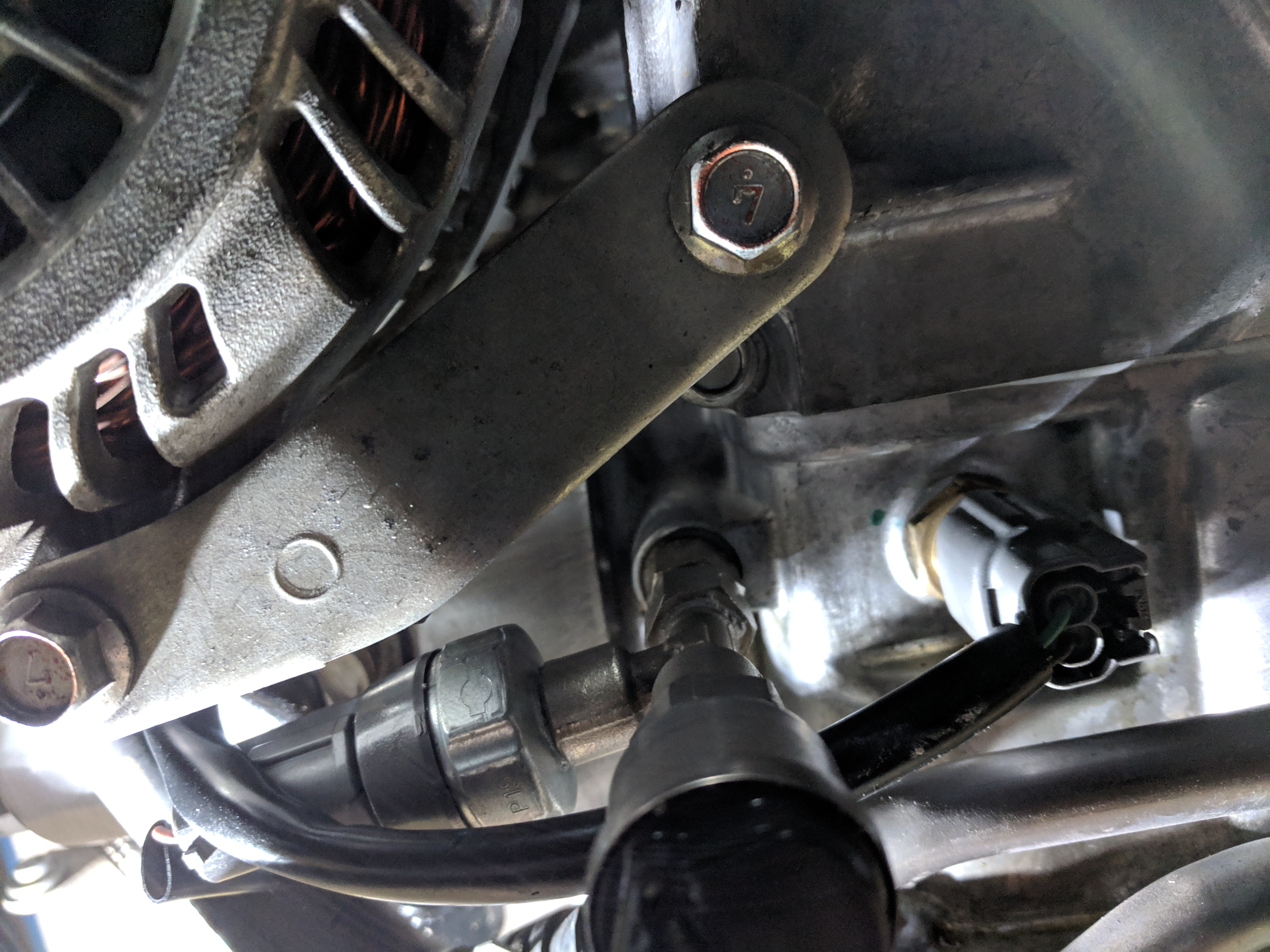 The oil temperature probe took just a little more thought to mount. With the pressure switch/sensor, it didn’t have to be placed in a circulating channel; pressure is pressure anywhere in the tee. This is not the same with the temperature probe; for an accurate reading, it really should be in the stream of circulating oil. If I were to use a tee fitting there would be a lot of non-circulating oil around the probes, which isn’t going to cut it. When I got the OEM probe out of the block, my final decision was made for me; the OEM probe and the Defi probe are different sizes. The Defi probes are 1/8 NPT, but the OEM is not. Z1 motorsports sells the exact same tee fitting that I bought for $2, but they want over $15 for it. They advertise that it can be used for the OEM oil temperature probe, but it clearly can not. I approached them about this, but their only answer was that the OEM was 1/8 NPT, even though I showed them a picture of the probes side-by-side. I will give Z1 the benefit of the doubt; it’s very possible that Nissan used different sensors for different years. Just be warned that model year 2017 vehicles use oil temperature probes that are NOT 1/8 NPT! Do these threads look the same to you? Someone on the forums mentioned that it looks like the temperature probe from the GTR, which I can neither confirm nor deny. All I know is that it’s NOT 1/8 NPT, regardless of what Z1 says. The left is the OEM probe and the right is the Defi. In the background you can see the tee fitting, which does NOT fit. 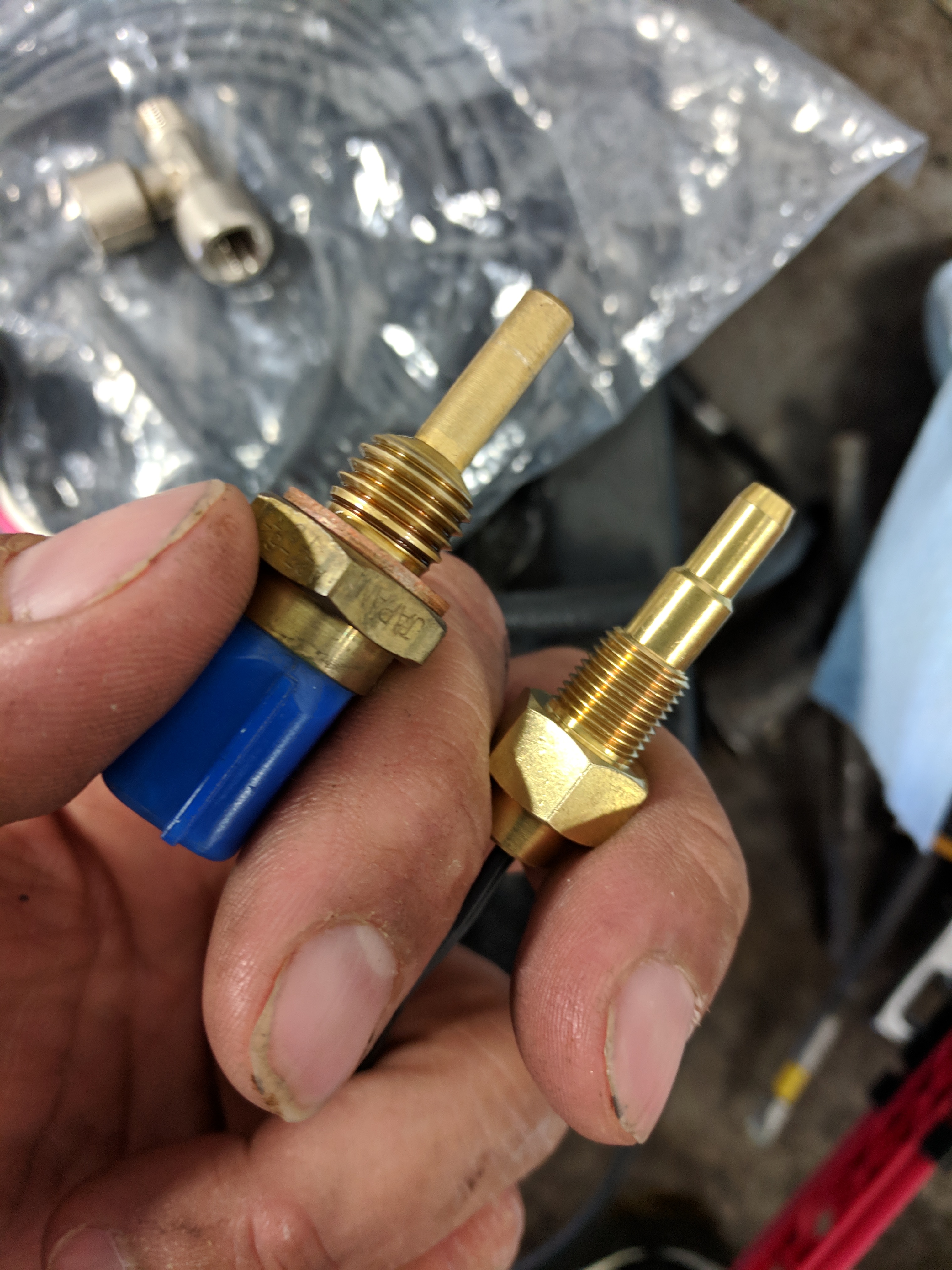 My solution for this was a Greddy oil pan drain bolt that is tapped to receive the 1/8 NPT probe for the Defi sensor. It worked out perfectly. The bottom of the sump may not be the exact most optimal place to measure the temperature of the oil, but once it came up to temperature there was only 5-7 degrees difference between the two locations (remember, I still have the oil temperature data on the CAN bus by keeping the OEM probe 😉 ) 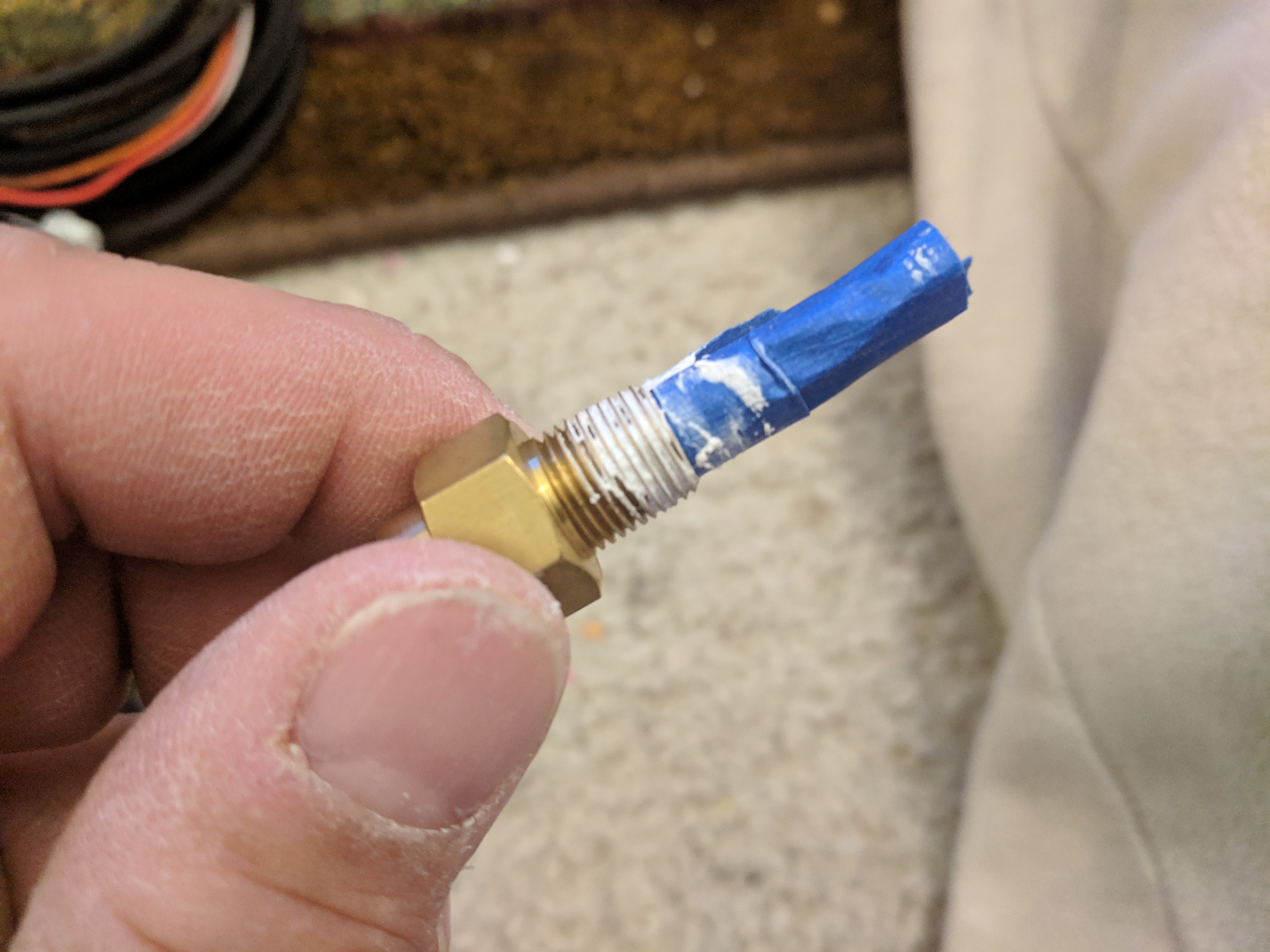 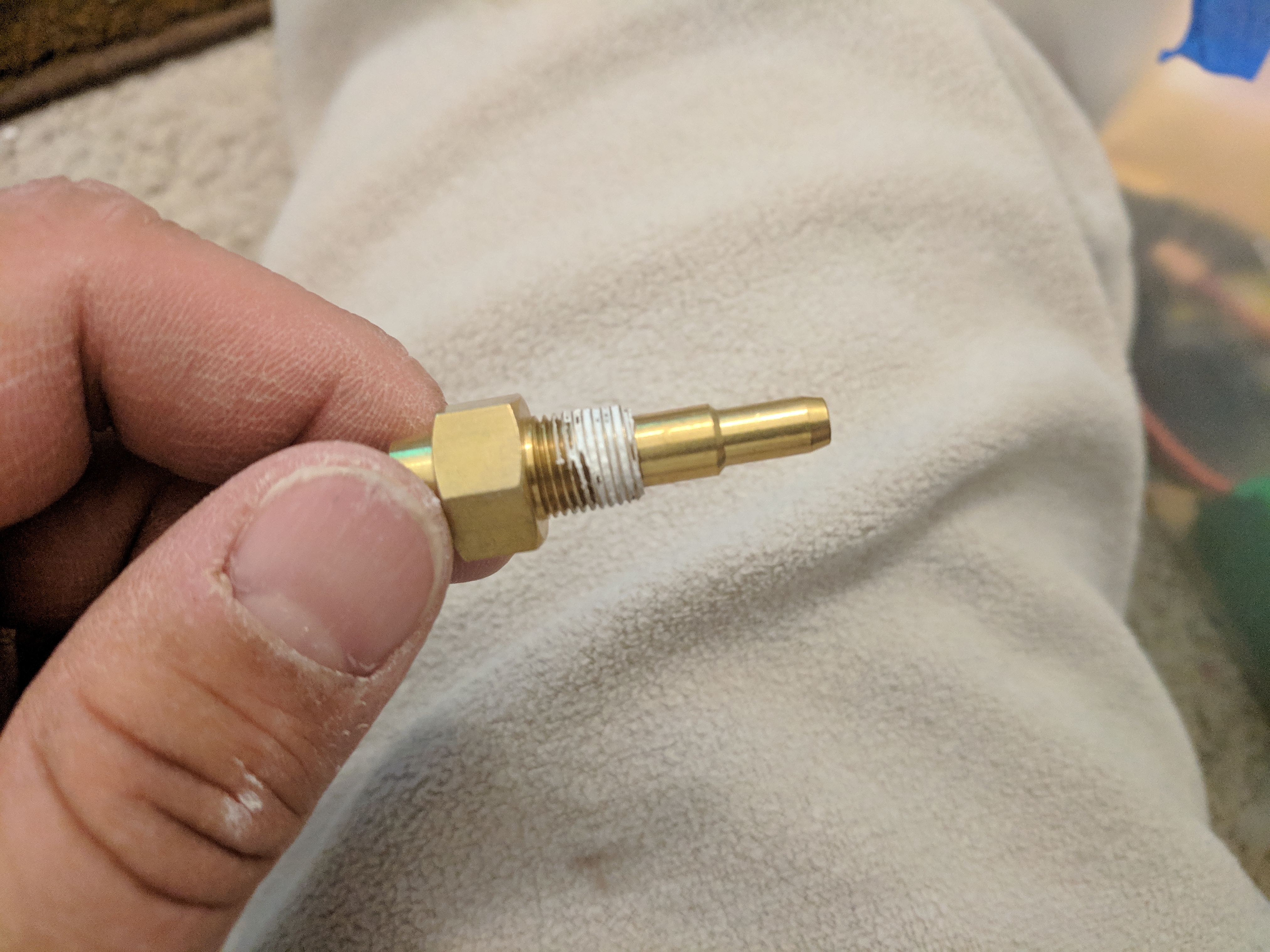 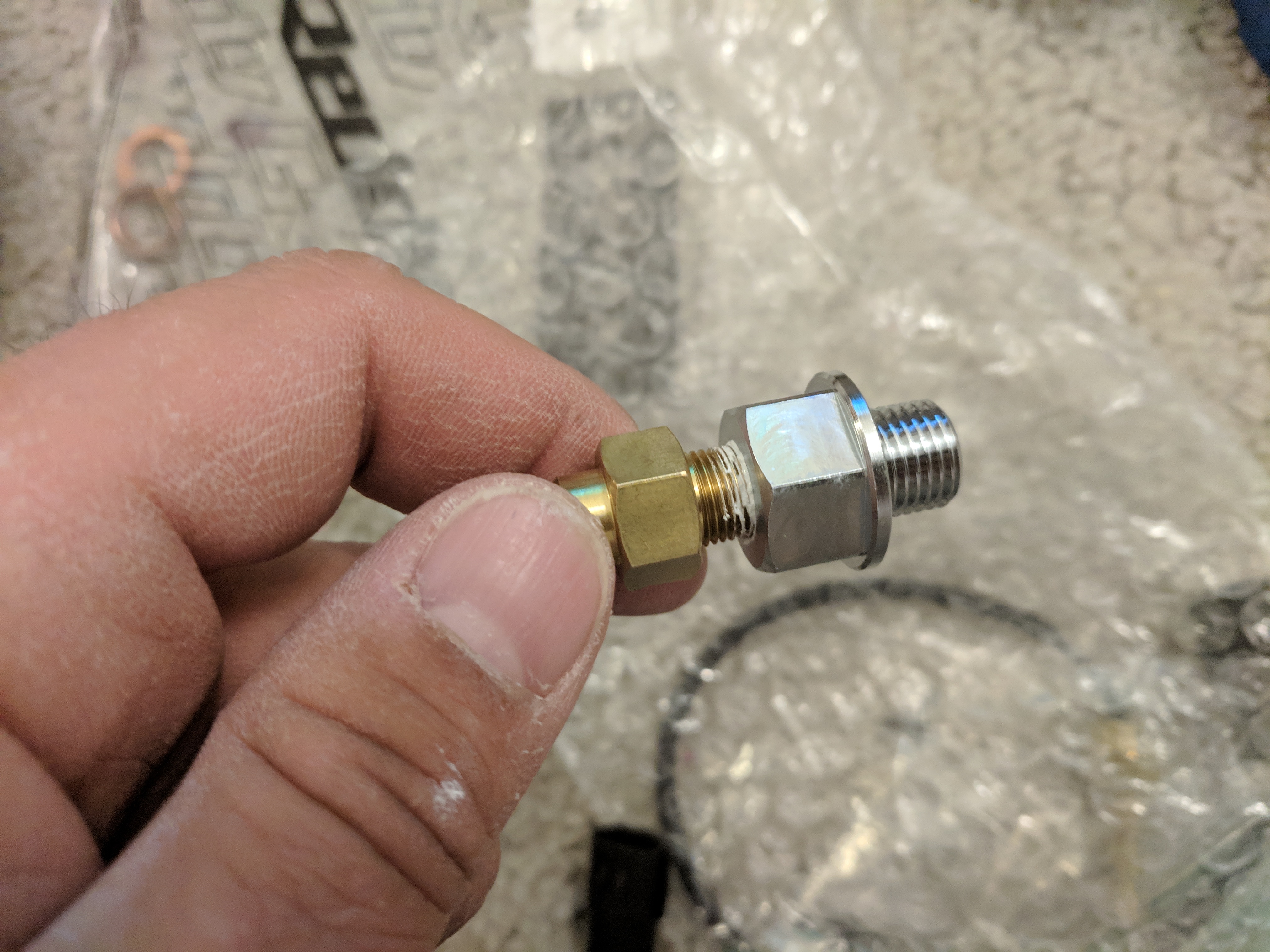 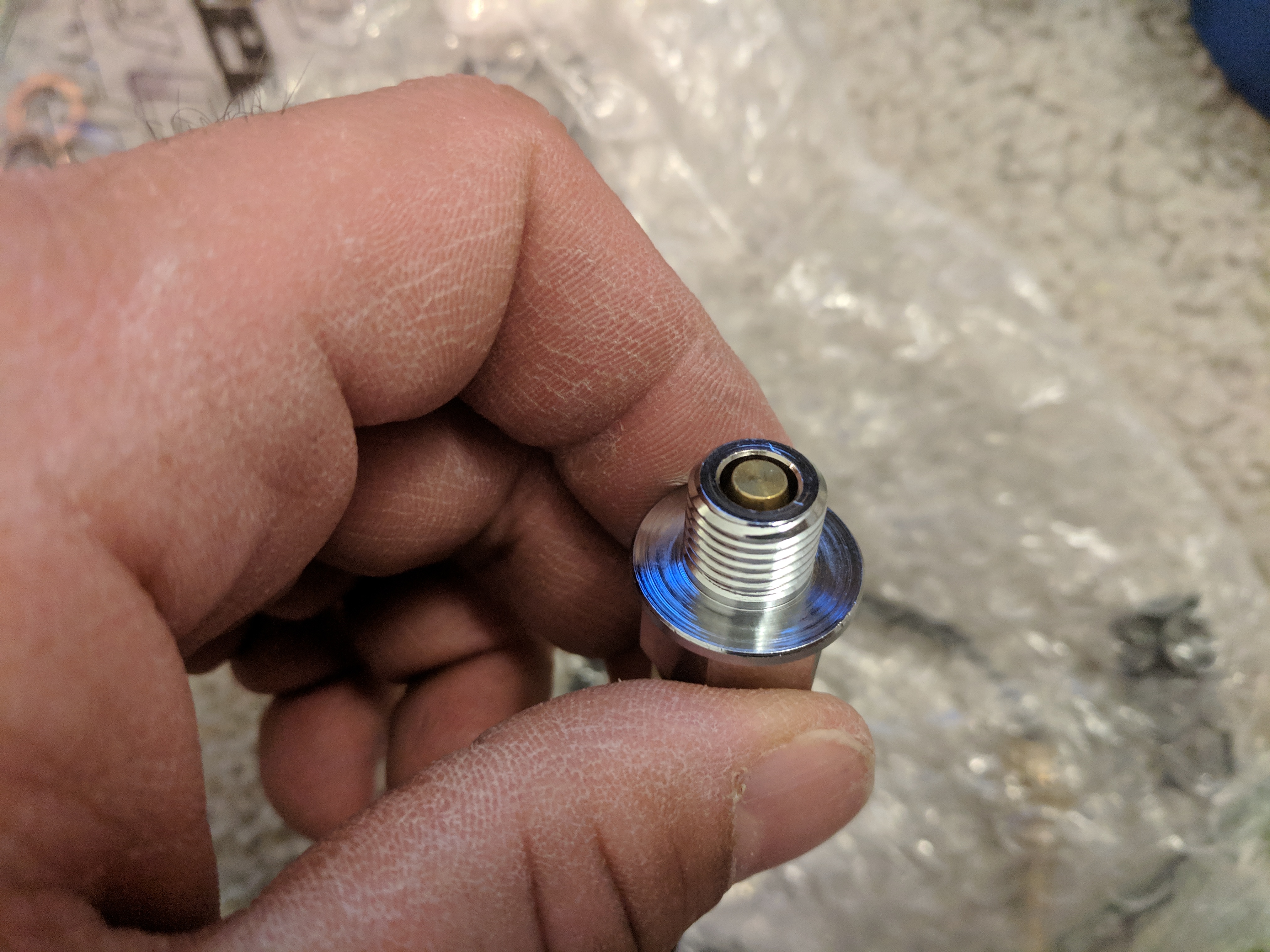 There are a few different options available for mounting the water temperature probe. You can either mount the probe in the factory location (which I believe you may need to pull the motor to reach) or you can embed the probe in either the upper or lower radiator hoses. Trying to get to the factory location is out for two reasons: I’m lazy, and I want to retain the factory water temperature probe because I’d like the data on the CAN bus, and I want the cute water temperature dots to continue to work. So that leaves the hoses. I chose the upper radiator hose for three reasons: I’m lazy (noticing a theme here?), I have no desire to drain/refill/bleed the coolant system, and it’s the hottest point in the coolant path, right before the radiator. This will give me a worst-case reading, which is what I want. The only down side is that by putting it into the upper radiator hose you will not get a meaningful temperature reading until the thermostat opens up. Did I mention this is the easiest place to put it? Upper radiator hose it is!

To mount the probe in the upper radiator hose, I used a mounting block that I bought from Z1 (they also sell one for the lower radiator hose as well). It’s a cheap piece of cast aluminum, but it does the job. They sell it with both 1/8 BSP and 1/8 NPT thread profiles. Because it’s a cheap casting mine arrived with flashing still attached, which I had to file/sand down. The threads for the probe were cut just fine, but the casting itself felt pretty cheap. It was only $25 so I’m really not complaining. It can be found here. What’s nice about it is that it’s shaped to match perfectly to a bend in the radiator hose, so if you install it correctly you will not alter the (somewhat unique) shape of the upper radiator hose.

In order to fit it properly you can’t just cut the hose in half and stick both ends onto the probe block. It’s not difficult, but you have to give it just a little thought. Basically you have to locate the bend in the hose, and take out a section at the corner that is the same size and shape as the center of the block (you’ll have to make two cuts to the hose to accomplish this). The rest of the block goes into the hose itself, so only the center section is exposed. Below are images before and after dissecting the hose.

Do you remember above where I said that they sell it in 1/8 NPT and 1/8 BSP? Well, I bought the wrong one. I’m sure you’re wondering how I know this. Well… when I really hammer the car I get a very small leak. Very small. There are no drips or anything like that, but I can see that the smallest amount of the coolant is getting past the threads. The thing about 1/8 NPT and 1/8 BSP is that they are VERY similar. Similar to the point where if you are not careful you will not even know you chose the wrong one when threading it in. I will leave it as-is for now, and fix it before the next time I go to the track.

To install, I carefully unclipped the right side of the hose, which is slightly higher. I used a turkey baster to remove the little bit of coolant already in the hose. Then I removed the other end, and plugged the radiator opening so no coolant would drip out onto my driveway to poison squirrels and other harmless creatures. It can’t hurt to have the car nose-up on an incline for this. I went back in the house, chopped up the hose (sorry, no pics of this), and came back to reinstall. I refilled the hose with an equal amount OF NEW COOLANT to that which I removed earlier.

Just a few quick pictures of my oil cooler and oil cooler block off plate (It cools too well in the Michigan winters). The pics of the radiator are looking up from underneath the car while it’s on a lift. The Z1 logo sticker is good for at least 5 rwhp. 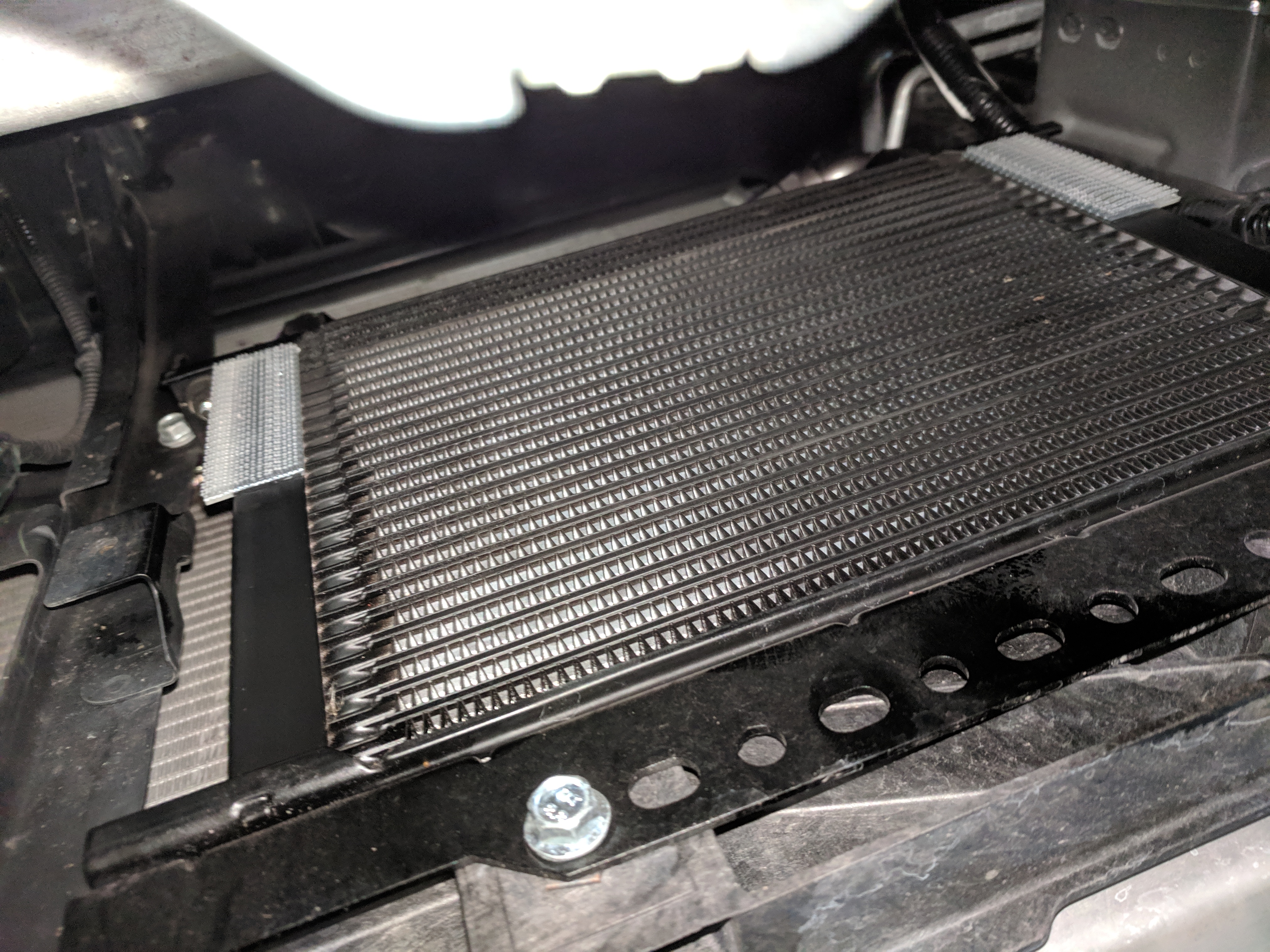 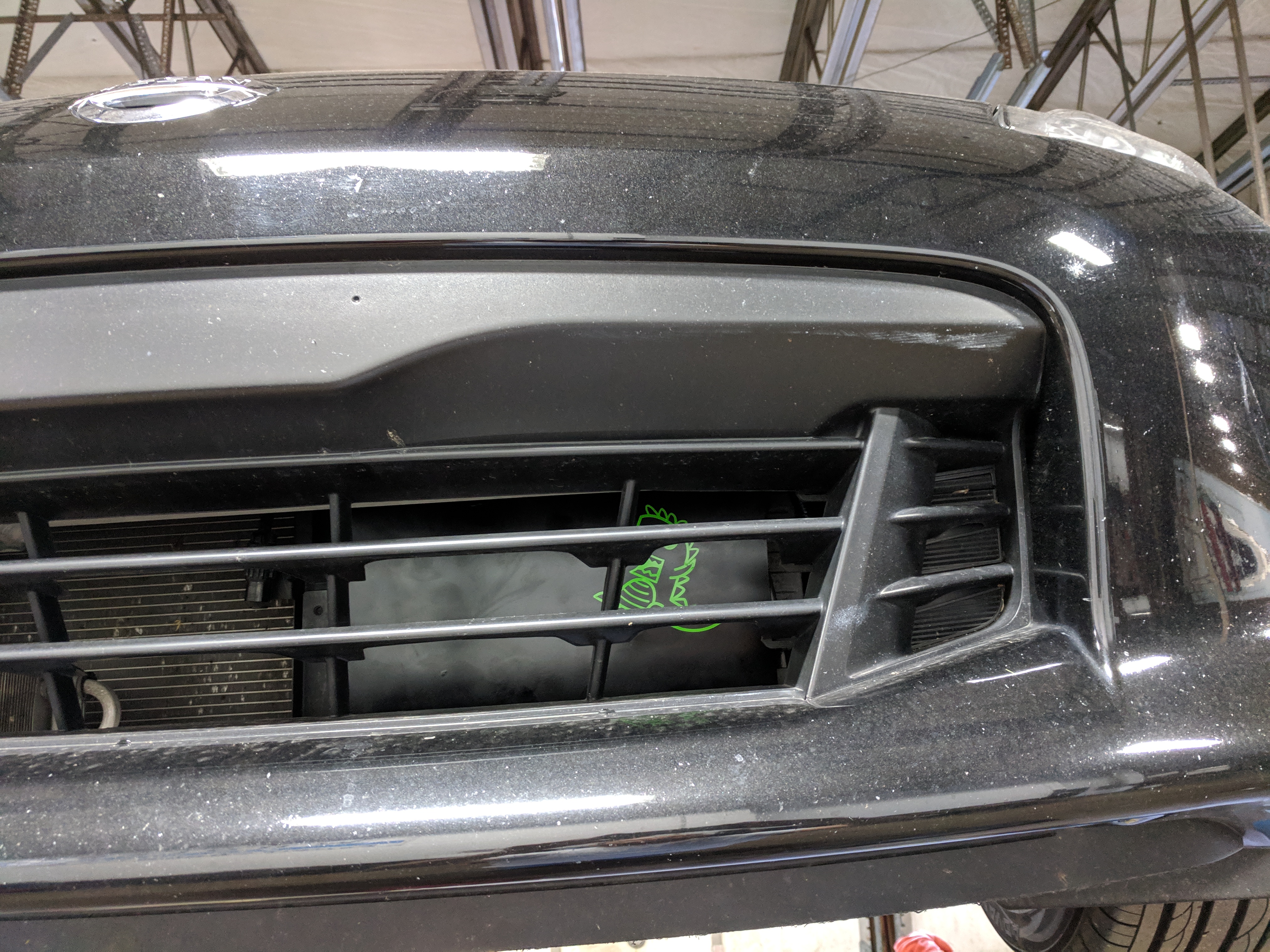 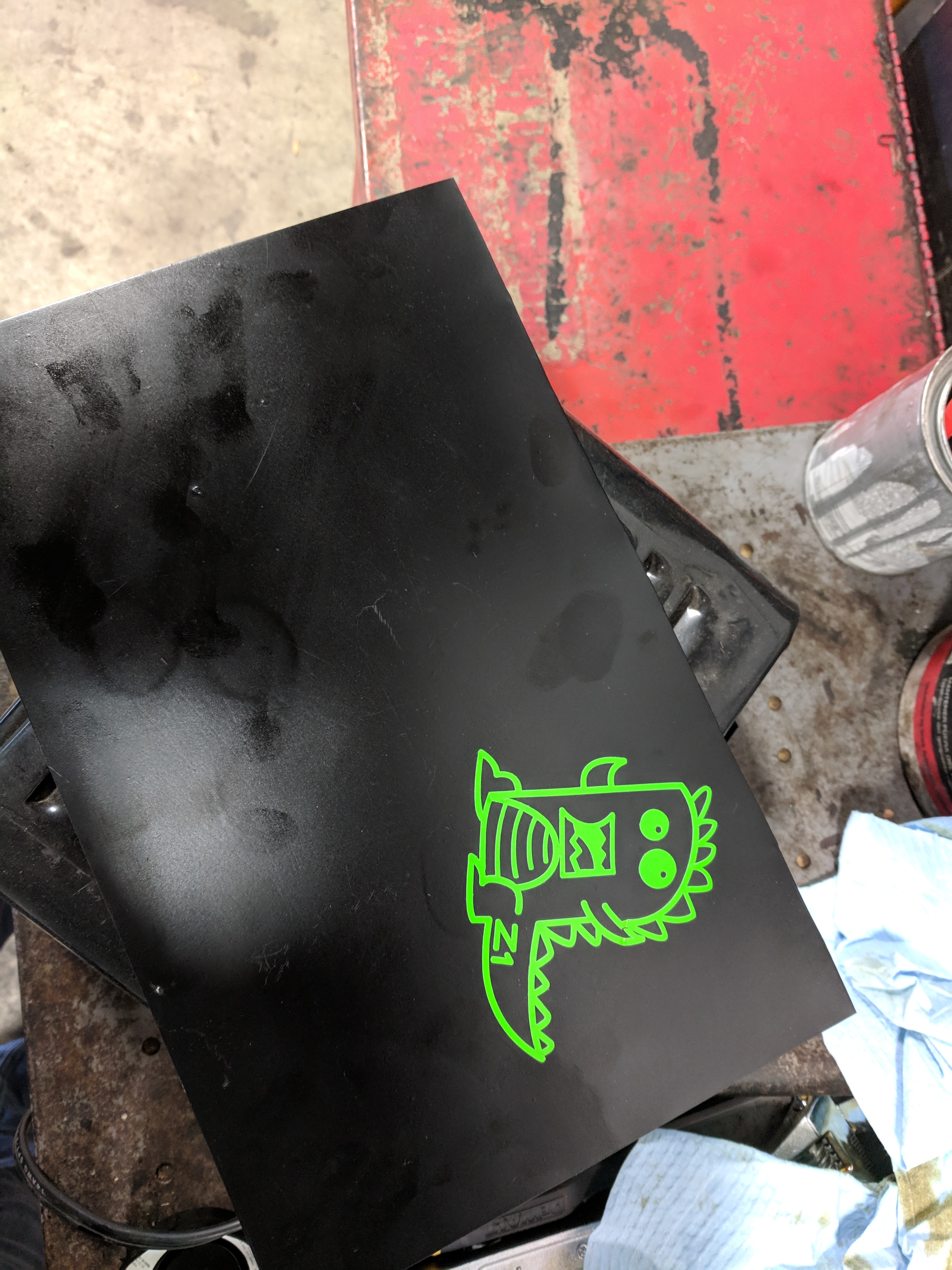 View all posts by don